← more from
Permanent Dust
Get fresh music recommendations delivered to your inbox every Friday.
We've updated our Terms of Use. You can review the changes here. 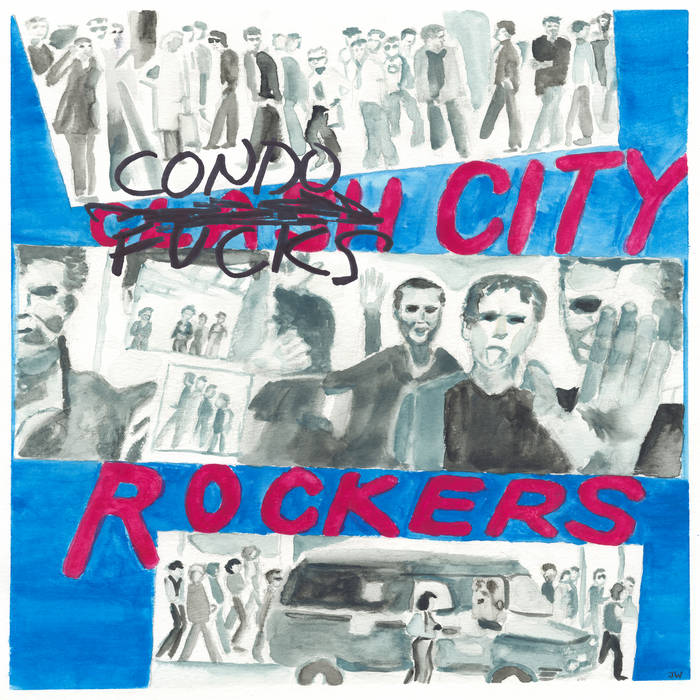 chris in the redwoods

Seven songs about being a punk rock kid in Connecticut in the nineties.

Way back in 2009 I went to the store-closing sale at Virgin Megastore in Union Square, Manhattan, where some version of the music industry was going out with a discount. An ugly yellow CD called FUCKBOOK by a band called the Condo Fucks caught my eye, I laughed out loud and picked it up. That was my introduction to the Condo Fucks, which is either an obscure punk band from Connecticut or Yo La Tengo in disguise. Anyway I loved the record and loved even more the backstory about the Condo Fucks. See, the Condo Fucks have a whole discography of out-of-print (read: fictional) records. The record covers and song titles show up on the inserts of Yo La Tengo’s 1997 record I Can Hear the Heart Beating As One.

Now that’s funny. I got this crazy idea–what if I wrote one of the fictional Condo Fucks records? The only one of the fictional Condo Fucks records that had all the song titles listed was Condo Fucks City Rockers, so that was the natural choice. This whole thing is either conceptual art, or deeply overwrought fan fiction. I’m not sure there’s much a difference between the two. Apparently I enjoy writing songs from really difficult song titles. But more than that, there were two surprises in this project for me. The first: I really, really enjoyed writing about these characters, particularly in the song “New London Calling.” They are very clear in my mind, I hope some of that comes across.

The second surprise was that while I imagined what Connecticut punk was like in the 90s, I came to realize that maybe growing up on the fringe of the 90s rock scene in Houston like I did wasn’t so different from whatever might have been happening in New London and Noank back then. Or for that matter, what was happening in other scenes like New Orleans or Athens, GA. I spent a lot of time listening to obscure Connecticut bands (like Lost Generation), punk compilations (like Nate K’s GREAT Killed By Mardi Gras) and revisiting the Houston bands I remember from back when I was a punk/metal kid. Bands like 30footFALL, de Schmog, Middlefinger, Sprawl, and some I didn’t know from the 80s like MYDOLLS and Really Red, and then Austin punk bands I never heard of like The Dicks and Big Boys. Thanks to John Allen from WFMU for expanding my mind on some of those bands.

All sounds/instruments/vocals performed by Karl Ward and recorded at the Pink Ark. Mixed with Adam Chimera. Mastered at West West Side Music by Alan Douches. Lathe cut to vinyl by Jon Niess at Austin Signal. Cover watercolor and back cover photo by Jaclyn Ward.

"Who is Steely Dan? Is he successful?" and other funny jokes.

Bandcamp Daily  your guide to the world of Bandcamp

Trevor de Brauw of RLYR and Pelican stops by for a chat, plus a tribute to the late Trevor Strnad